A Beginner’s Guide To French Wine 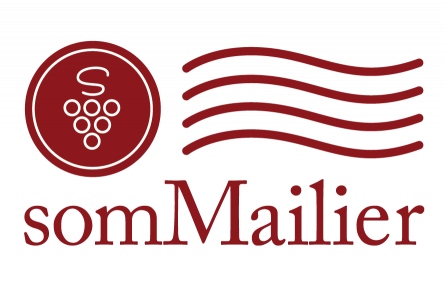 By popular demand from our wine club members, here is our beginner’s guide to French wine. Read on to discover what makes France one of the most important winemaking countries in the world and which delicious French wines you need to try.

Second only to Italy for total wine production, France makes an estimated 8 billion bottles every year and has been making wine since the 6th century B.C. France is currently the third most planted country for vines in the world with an impressive 792,000 hectares (1,95m acres). French people may be the second highest consumers of wine per capita, but they still manage to export 30% of all the wine they produce!

When drinking French wine it’s a good idea to get to grips with some of the common French phrases you’ll see on wine labels. Unlike in the United States, in France wines are typically labelled by region rather than by grape variety. For example, when you see Burgundy on the label and it’s a red wine, the grape variety will be Pinot Noir. If it’s a white Burgundy, it will be made from Chardonnay. This might be confusing at first, but it makes sense since its the character of the region with its distinctive climate, landscape and soils that gives these French wines their distinctive taste.

Something else to look out for on the label is the words “Appellation d’Origine Contrôlée” or “Appellation d’Origine Protégée” which are commonly abbreviated to AOC/AOP. This indicates that the wine has been made in a specific place and has been made according to strict quality regulations. Other important terms are “Grand Cru” and “Premier Cru” which indicate a wine made from one of the finest vineyards in a particular region. The term “Grand Cru” is usually translated as “Great Growth” whereas “Premier Cru” means “First Growth”.

Arguably France’s most important wine region, Bordeaux sits right next to the Atlantic Ocean which gives it a fairly wet climate. The region is best suited to Cabernet Sauvignon and Merlot grapes which are typically blended to create red Bordeaux wines and Sauvignon and Semillon which are used for white Bordeauxs.

Bordeaux is divided into two major areas which produce two very different styles of wine; the Left Bank is best suited to Cabernet while the Right Bank has the ideal climate and soils for growing great Merlot. The great majority of Bordeaux wines will be blends which also contain smaller amounts of grapes like Cabernet Franc, Petit Verdot or Malbec. 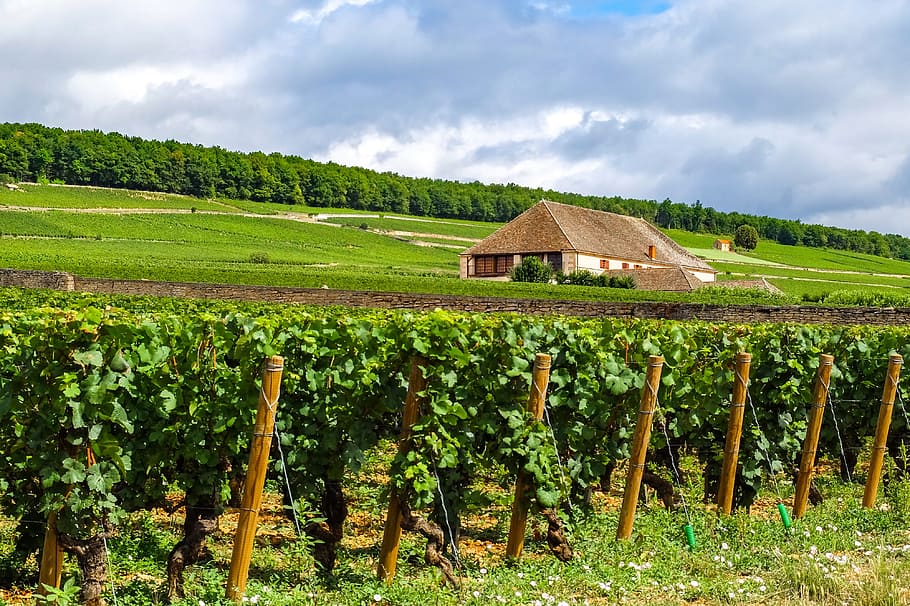 Bordeaux’s biggest rival is the region of Burgundy which sits in east-central France. While Bordeaux is characterised by big, elegant chateaux and large rolling vineyards, Burgundy is more of a rural patchwork where most producers own a tiny amount of vines. That doesn’t stop them from producing some of the finest wines on the planet, albeit in very modest quantities.

Due to the very high cost of vineyards and fragmented ownership, it is very common in Burgundy for producers to buy in grapes or young wines which they then finish and bottle. These producers are known as negociants. Producers who make wine from their own vineyards will label their wines as “Mis en bouteilles à la propriété” or “Bottled at the property”. Both are equally capable of producing fantastic wines since negociants can select the best grapes from each vintage whereas those who have their own vineyards can oversee every step of the process from grape to bottle.

Some key sub-regions for Burgundy include Chablis which is the most northerly part of the region and produces crisp white wines from Chardonnay. The opposite is true of the Mâconnais which is at the southern end of Burgundy and makes fuller bodied, richer and riper Chardonnays with plenty of tropical fruit character. For red wines, look out for wines from the Côte de Nuits including Gevrey-Chambertin, Nuits-St-Georges, and Chambolle-Musigny.

One of France’s most beautiful wine regions thanks to the large number of stunning medieval castles, the Loire Valley is a huge area which covers a wide variety of different climates and wine styles. There’s everything from crisp, minerally whites from Muscadet by the Atlantic Ocean to herbal Cabernet Franc-based red wines from Chinon and rich white wines from Vouvray made with Chenin Blanc. This is a region that truly has something for everyone, so it’s well worth experimenting with a few different wines from the Loire to find your favorite.

This region in southern France is strung out along the banks of the Rhone river where wine has been made for centuries. The region is typically divided into two sub-regions: the cooler and more mountainous Northern Rhone and the warmer and flatter Southern Rhone. The dominant grape varieties here are Syrah in the north and Grenache in the south. Key appellations in the north include Hermitage, Cornas and Côte Rôtie, while in the south the wines from Chateauneuf-du-Pape, Gigondas and Vacqueyras tend to be richer and riper.

Our final famous French wine region is Champagne in northern France. The cool climate here is ideally suited to growing Pinot Noir and Chardonnay with plenty of freshness which is perfect for making delicious sparkling wines. Most Champagnes are a blend of Pinot Noir, Chardonnay, and a third grape called Pinot Meunier. You can also find Blanc de Blancs Champagnes which are only made from Chardonnay and Blanc de Noirs which are made from one or both of the two black grapes, Pinot Noir and Pinot Meunier. 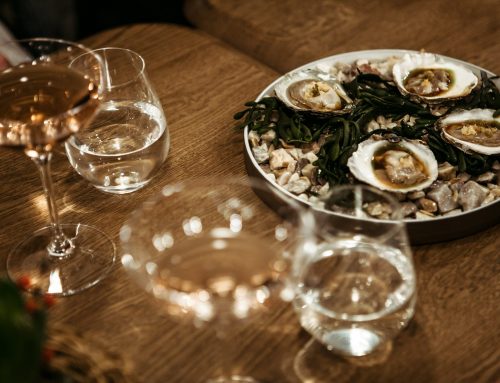 Discover our advice on the best food and wine pairing for your holiday meals!

Discover our advice on the best food and wine pairing for your holiday meals! 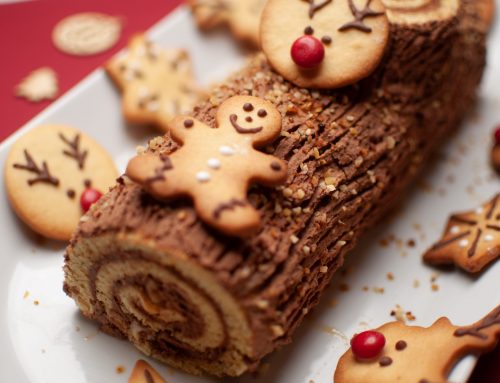 The traditional french Christmas dessert : which wine to accompany the Buche de Noel ?

The traditional french Christmas dessert : which wine to accompany the Buche de Noel ? 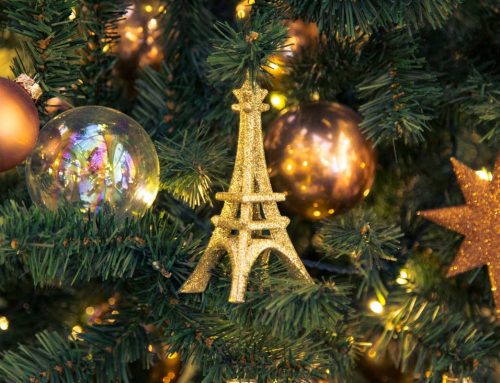 Pairing French Wine with American Traditions: A Guide to Planning Your Holiday Feast

Pairing French Wine with American Traditions: A Guide to Planning Your Holiday Feast 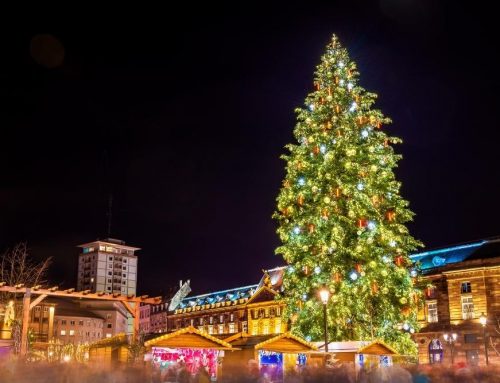 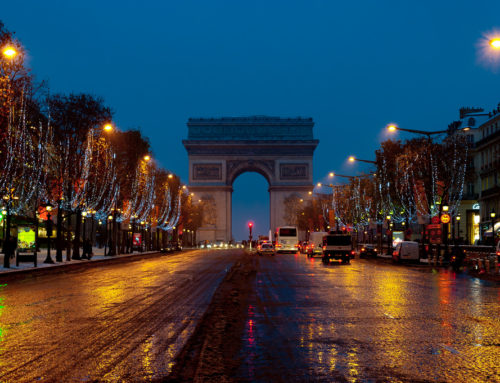 Joyeux Noël: What the French Drink at Christmas

Joyeux Noël: What the French Drink at Christmas