Skip to content
Home/Educational Content/Left Bank or Right Bank: It’s all Bordeaux to me!

Left Bank or Right Bank: It’s all Bordeaux to me!

You might have heard sommeliers or wine enthusiasts talking about their preference for Left or Right Bank Bordeaux. But what do those terms actually mean?

The basic difference between these two all comes down to the geography of the Bordeaux region.

Bordeaux is characterised by two rivers, the Dordogne and the Garonne, which meet not far from the city of Bordeaux and form the larger Gironde river which flows out into the Atlantic Ocean. These three river systems form a rough “Y” shape on the map, dividing Bordeaux into three distinct viticultural regions.

Once you’ve got your head around this, it’s all rather logical:

Just by looking at the map you can spot one obvious difference between the two. The Left Bank lies closer to the ocean, so we’d expect it to have more maritime influence. Generally speaking, the vineyards here receive more rainfall and slightly cooler days during the growing season due to the moderating effect of the cold Atlantic Ocean.

Much of the Right Bank, in contrast, is further inland and sheltered from the influence of the turbulent Atlantic Ocean. This means rainfall tends to be lower and during the summer the vineyards experience higher temperatures than their Left Bank cousins. On the flip side, this also means that the Right Bank is more prone to frost which can cause serious damage to vines and in some cases dramatically reduce a grower’s yield for the year.

You might have noticed how people in the wine industry just love to talk about soil. Over in Bordeaux, though, there’s a very good reason behind this obsession.

Starting with the Left Bank, the biggest clue to the type of soils here is found in the appellation of Graves which comes from the French word for gravel! Although there are also other types of soil, many of the region’s finest wines come from vines grown on gravel thanks to the excellent drainage conditions that it provides. This is particularly significant on the Left Bank since the proximity to the Atlantic Ocean means that rain during the growing season is guaranteed!

Gravel soils also challenge the vines by forcing them to dig deep into the ground to find water and nutrients. Although it might sound a little cruel to put them in such stressful conditions, this actually enables the vines to produce concentrated, incredibly flavorful grapes that in turn make awesome wines!

The famous Château Cheval-Blanc (St. Emilion) is prized for its heavy blue clay and gravel soils.

Over on the Right Bank, clay and limestone soils are the norm. In the famed village of Saint-Émilion, the best wines are typically made from vines grown on the large limestone plateau. Again, the limestone forces the vines to grow deep roots in search of nutrients.

In nearby Pomerol, clay takes the leading role in crafting the appellation’s finest wines. The most prized are the denser clay soils like those found at the legendary Chateau Pétrus which help to produce rich, concentrated wines. These heavy clay soils also help the vines to cope with the higher summer temperatures since they remain damp unlike the well-draining gravel on the Left Bank.

To make red Bordeaux, winemakers usually use a combination of Cabernet Sauvignon, Merlot, Malbec, Cabernet and Petit Verdot. However, as well as the geographical and climatic differences, the exact recipe used by local winemakers helps determine the distinctive characters of Left Bank and Right Bank wines.

On the Left Bank, Cabernet Sauvignon is king. The success of Cab here is mostly down to the gravelly soils. These retain heat and release it slowly to the vines, helping the thick-skinned, late-ripening Cabernet grapes to ripen. Under the relatively cool climatic conditions and high rainfall of the Left Bank, the Cab would otherwise struggle to ripen without this subtle assistance! Cabernet grapes grown on the Left Bank tend to develop plenty of tannins that help these wines to age gracefully over decades.

Over on the Right Bank, though, Merlot is the reigning champion. The grape really likes the cooler conditions here and damper, clay-dominated soils. These conditions help keep Merlot in check and prevent over ripening which can produce jammy, unbalanced wines with high alcohol levels.

Although the red wines get all the glory and command the highest price tags, Bordeaux also produces some awesome whites from Semillon and Sauvignon grapes. The most famous area for these grapes is found on the Left Bank around 20 km upstream from Bordeaux. Here the morning mists from the Garonne River encourage the development of a fungus known as noble rot which helps to dry out and concentrate the grapes.

This natural process enables local winemakers to make very sweet yet well-balanced dessert wines from the appellations of Sauternes and Barsac. Pairing one of these with fine foie gras and a crusty baguette is almost a French national pastime! 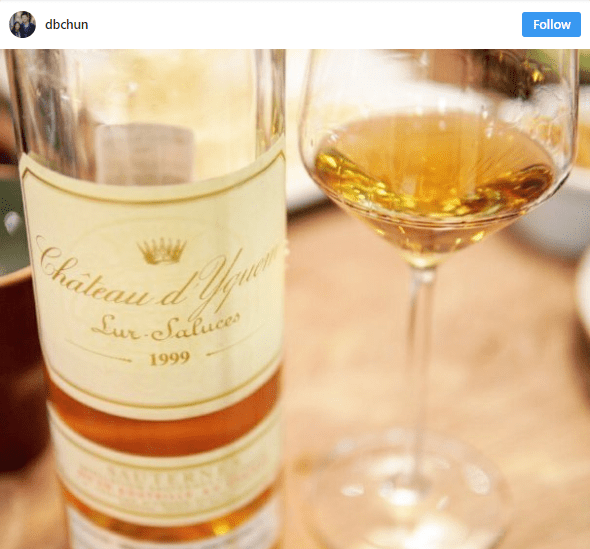 One way to think about it is that the red wines of the Left and Right Banks are brothers of another mother. They’re both red Bordeaux and made with traditional local grape varieties using similar winemaking techniques, yet each bank has its own distinctive style. Although it’s very difficult to generalise since each appellation and each estate has unique conditions and winemaking philosophies, here’s a summary of the flavour profiles commonly found in each region: 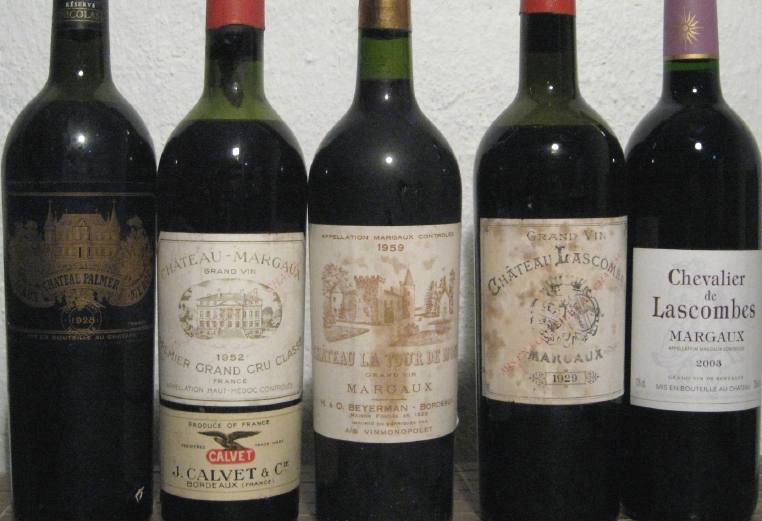 Selection of bottles from Margaux on the Left Bank which have clearly undergone plenty of ageing! 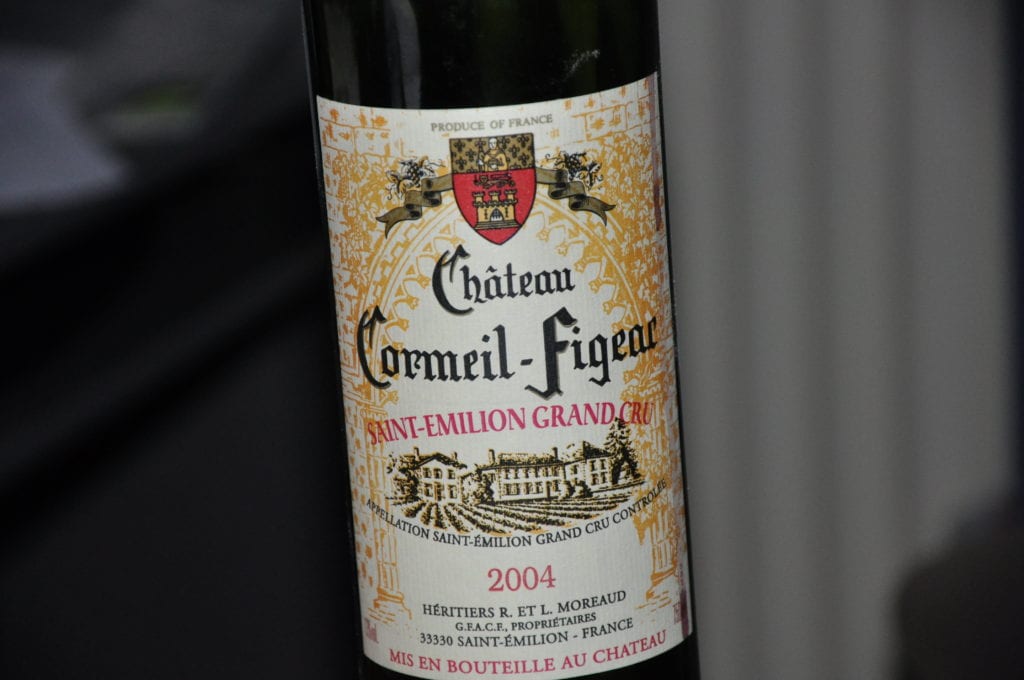 A typical Bordeaux from Saint-Émilion.

Traditionally, wine critics and enthusiasts have slightly favored the Left Bank with its famous chateau like Château Lafite Rothschild, Château Latour, Château Margaux, Château Mouton-Rothschild and Château Haut-Brion and incredibly age-worthy wines. In recent years, though, the Right Bank has been fighting back with stunning wines from top chateau like Château Ausone, Château Pavie, and Château Angélus, as well as lesser-known estates.

There’s no denying that today both Banks enjoy a prestigious reputation all over the globe, with the top classified Crus or Growths commanding astronomical prices. This doesn’t mean that the vignerons of Bordeaux have it easy, though. Like many wine regions across the world, one of the biggest challenges for the future is trying to stay ahead of climate change.

With temperatures projected to keep increasing, the first victim is likely to be the Right Bank with its reliance on Merlot. Kees van Leeuwen, a researcher at the National School for Agricultural Sciences, told CTV News that, “Within 20 or 30 years, Merlot will probably ripen in August, and that will clearly compromise the quality of the wines because they will lack freshness and have too much alcohol.”

For now growers have come up with some quick fixes by shading the grapes from the sun by leaving more leaves on the vines and growing more bunches per vine, but only time will tell if these measures are enough to save the Right Bank’s signature grape.

On the contrary, Cab actually thrives on heat. The worry on the Left Bank has more to do with how the flavour profiles of their illustrious red wines will change beyond all recognition. Instead of bold yet balanced wines that age beautifully, hotter conditions will create wines with higher alcohol levels, less acidity and rich, ripe fruit aromas and flavours.

Many producers are considering increasing their plantings of Cabernet Sauvignon and Petit Verdot which also responds well to heat, while limiting their usage of Merlot. There is even controversial talk of bringing in new heat-tolerant varieties from Portugal and other hotter winemaking countries.

Whether we like it or not, the Bordeaux wines we drink fifty years from now could be very different from those of today!

Has this whetted your appetite to learn more about French wine? We’re here to help! Why not check out our French wine club. Every three months we send direct to your door three or six bottles of boutique French wines which have been carefully selected by wine expertsin France along with detailed information about each wine and food pairing ideas to help you really discover French wine. And as if that wasn’t enough, we also have a wine club gift option for that special wine lover in your life!