Skip to content
Home/Wine Regions/Fall In Love With France: Bordeaux

Fall In Love With France: Bordeaux

Fall In Love With France: Bordeaux

Fall in France is one of the most beautiful times of the year. In the vineyards the leaves start to turn a dusky russet hue, while in the streets of chic French towns and cities the residents snuggle up in cosy bars with a glass or two of something delicious. Take a virtual trip with somMailier this fall through three of our favorite French regions; Bordeaux, Burgundy and the South of France. We’ll be sampling some delicious wines as we go and discovering local festivals and events as well as enjoying the stunning fall foliage.

Our first destination is Bordeaux, the homeland of somMailier founder Laurent Yung. Laurent’s family have been making wine here in Bordeaux for five generations, so they know all the best spots to watch the seasons change and the very best local wines to enjoy from small family-run producers in the region.

Fall is a magical season in Bordeaux as crisp leaves fill the streets and rich golden light glittering on the river that runs right through the city. It’s the perfect time to take a romantic stroll and admire the magnificent neoclassical architecture or visit some of the region’s chateaux to catch the leaves changing color in the vineyards. 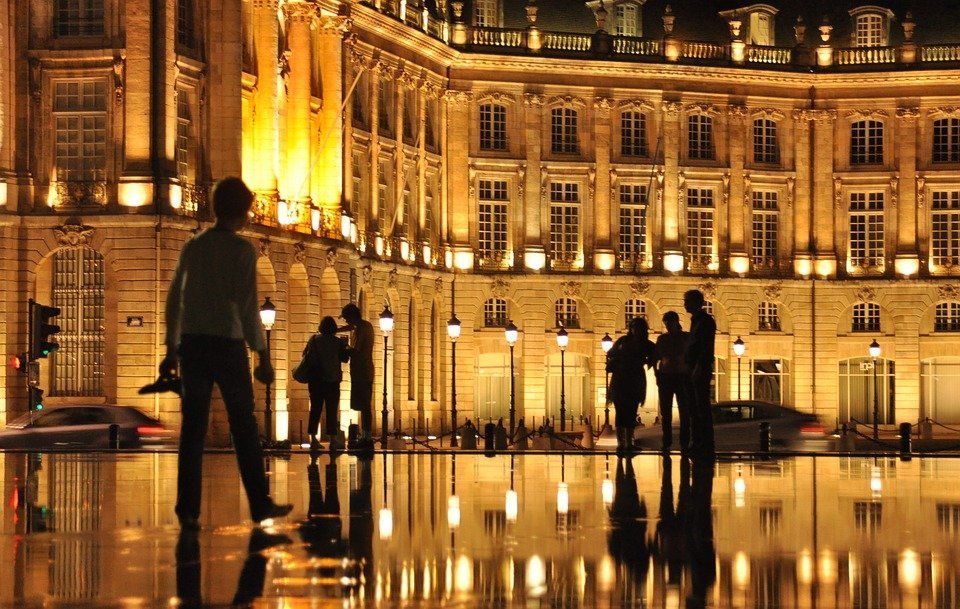 Highlights in the city itself include the fascinating La Cite de Vin, a museum dedicated entirely to wine, and the gorgeous Place de la Bourse square with its central Water Mirror which is the world’s largest reflecting pool. After a spot of sightseeing, make the most of the longer evenings by touring the city’s cosiest wine bars and restaurants. 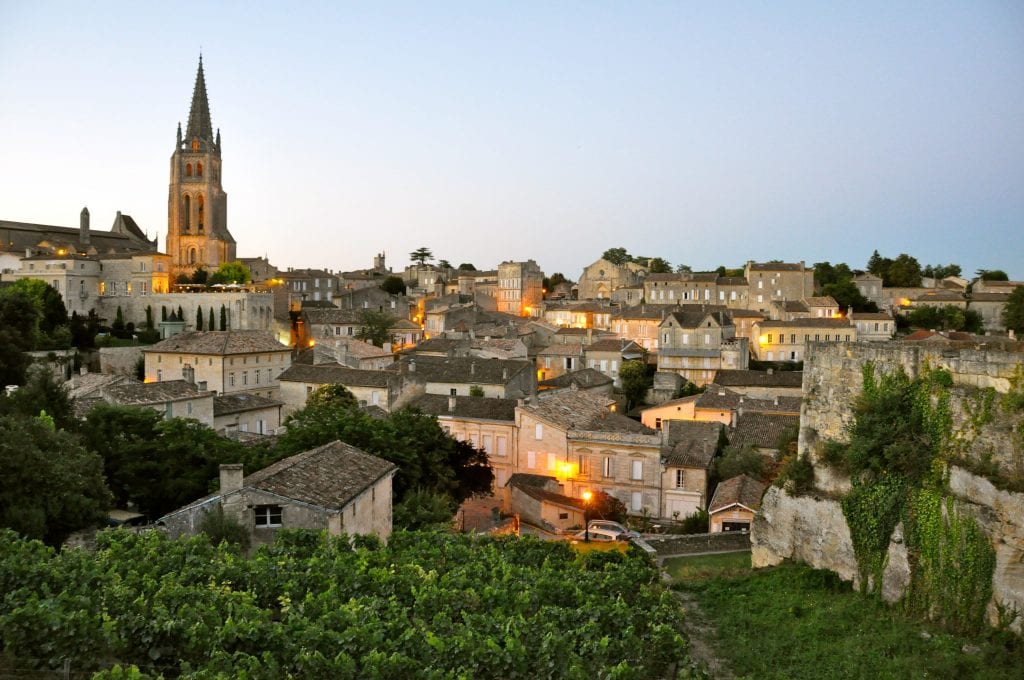 Wine lovers should also head to the charming town of Saint Emilion which today is home to more than 800 wineries. Just half an hour from Bordeaux, the town is an UNESCO World Heritage Site. The best time of the year to admire the medieval streets is bathed in the golden glow of fall, dropping into the small shops and boutiques selling delicious local wines and artisanal food products as you wander and explore.

Another great reason to visit Bordeaux during fall is the wealth of local festivals and events taking place in and around the city. One of the more curious happenings is “La Grande Transhumance Urbaine” in October which involves hundreds of sheep crossing through the centre of the city. The idea is to connect city dwellers with nature!

Culture lovers should check out the International Art Festival which also takes place in October and is one of Europe’s biggest art fairs drawing big names from across the world. Typically over 30 shows take place at more than 20 different venues during the three-week event.

St Emilion also has its own treasure trove of fall events which include their annual harvest festival led by the “Jurade” or the local association who once were responsible for administration in the town. They parade through the medieval streets in their traditional crimson robes and organise many tastings and wine events on and around the third Sunday in September. 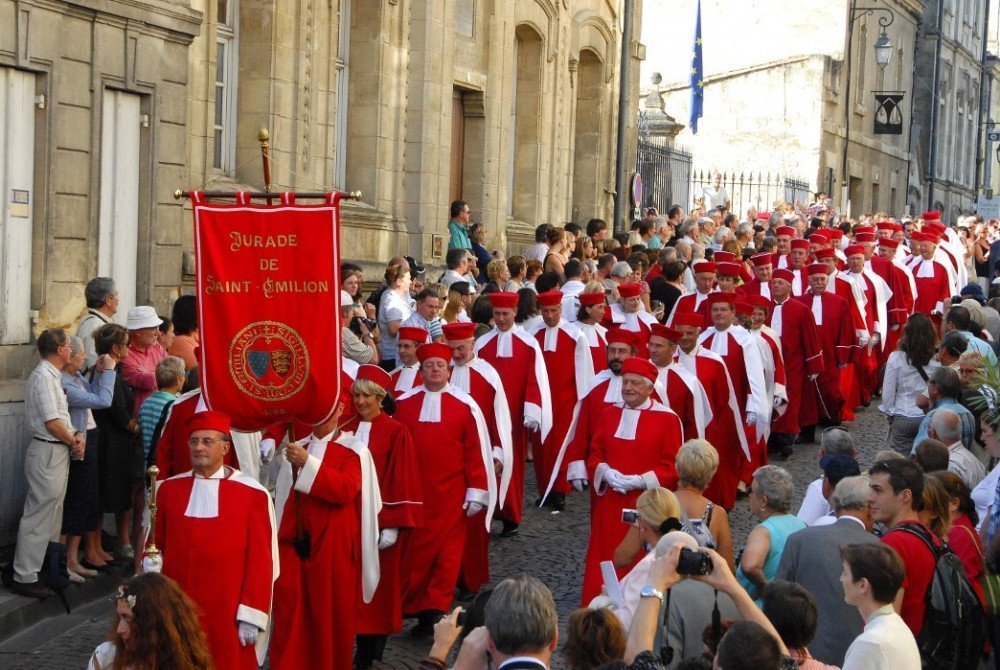 The region is also home to the very popular Marathon du Medoc, a full marathon run that winds its way through around 50 chateaux. Each year has a unique fancy dress theme and runners are treated to wine tastings and French delicacies like foie gras at regular stops along the way!

After all that activity you’ll no doubt need some refreshment, so we’ve put our team to the test and selected our favorite Bordeaux wines which are just perfect for fall. First up is an old SomMailier favorite, Denis Lurton’s suave Margaux 2016. Something of a Bordeaux dynasty, today there are three generations and at least 15 Lurtons working some 30 vineyards all over the world!

Located in Margaux on the Left Bank of Bordeaux, Château Desmirail has a long and illustrious winemaking history which dates back to the late 1600s. Another lawyer, Jean Desmirail, received the estate as part of his wife’s dowry and gave his name to the property.

Another momentous milestone for the estate came in 1855 when many of the Bordeaux’s great estates were ranked and given a classification which endures to this day. Château Desmirail was named a Troisième Grand Cru Classé or Third Growth in recognition of its high quality wines.

This silky smooth 2016 bottling is truly one of Margaux’s hidden gems, offering rich dark fruit aromas and flavors along with ripe tannin which make this ideal to serve alongside a prime steak or even roast duck.

Another amazing red Bordeaux is Château Hostens-Picant 2016 which comes from the little-known appellation of Sainte Foy just 45 minutes from St. Emilion. Yves and Nadine Hostens-Picant first took charge of this Bordeaux chateau in 1986 with a big challenge ahead of them – to restore and revive the winery that lay forgotten amongst its famous neighbors. Over the intervening decades they have succeeded in re-establishing the estate to its former glory, working alongside daughters Charlotte and Valentine.

Reminiscent of St. Emilion or Pomerol wines, this robust Bordeaux has plenty of power and structure from the Merlot and earthy, herbal notes from the Cabernet Franc. The family age the young wine in oak barrels for 10-12 months. Tuck a few away in the cellar or enjoy now with delicious fall dishes like braised beef, game or hearty mushroom dishes!

Our final pick for your virtual trip to Bordeaux this fall is Château Haut-Calens 2015, a real favorite with our wine club members since we have to keep re-ordering more cases! This superb red Bordeaux is made by Laurent’s cousin, Thierry, who only produces 6,000 bottles of this wine each year.

Thierry spent years learning the ropes alongside his dad and his uncle (Laurent’s dad) at Château Haut-Calens. In 2005, he took over the running of the estate and began to make his own mark while staying true to a long and illustrious family legacy.

Graves is known for superb red and white Bordeaux wines, and Thierry’s top wine is this charming red Château Haut-Calens Reserve. Following the vinification process, the wine is aged in oak barrels for 12-18 months. When Thierry decides the wine is ready, it is then bottled and released to the market, ready for you to drink!