If you’re a member of our French wine club, you’ll know about our mission to uncover top French wines which aren’t currently available in the U.S. Since we love bringing you new and exciting wines to try, we’re always exploring France’s lesser-known wine regions to discover the very best French wines for our quarterly wine club shipments.

Here our five of our favorite under-the-radar regions that you’ve probably never heard of before! 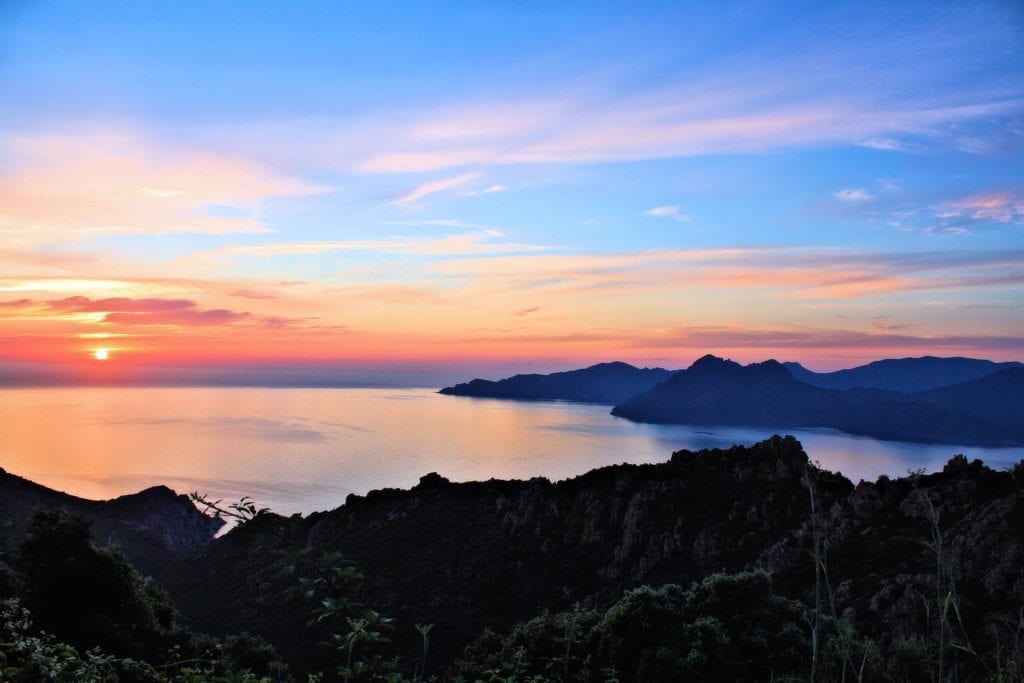 A gorgeous French island surrounded by the azure waters of the Mediterranean Sea, Corsica is a real paradise for lovers of the good life. With over 300 days of sunshine a year plus cooling sea breezes, the climate here is perfect for making very well-balanced, quality wines.

Wine was first introduced to the island by Greek colonists in around 600 BC, but it was not until the arrival of the Genoans in the medieval period that Corsican winemaking really took off. Interestingly, the future Emperor of France, Napoleon Bonaparte, was born to a winemaking family on the island in 1769. When he rose to power, he paid tribute to his heritage by allowing Corsican winemakers to export wine duty-free all over the French Empire.

Corsicans have a reputation for having a proud, strong identity since the island only became part of France in 1769. This fiercely independent streak is carried over into the island’s wines which are often make with indigenous grapes like Sciacarello and Nielluccio which are rarely found anywhere else but Corsica. These grapes are thought to be genetically-linked to Italian grapes brought here by the Genoans hundreds of years ago.

Currently the island consumes around 80 to 90% of all the wine made in Corsica, meaning that it isn’t easy to find in the rest of the world.

Sandwiched between Burgundy and the Swiss border, Jura is probably better known for its delicious mountain cheeses like Comté, Mont d’Or and Morbier than for its distinctive wines. Here the climate is continental with harsh winters, hot summers and plenty of rain!

The Jura is one of France’s smallest wine regions with just 2000 hectares of vines located in the foothills of the Jura Mountains. Here winemakers mostly work with Pinot Noir and Chardonnay as well as more unusual local grape varieties like Poulsard and Trousseau for red wines.

Savagnin is used for making the unique Vin Jaune which is the classic white wine of the region. After fermentation these wines are left to mature in old oak barrels for at least six years and three months. During this time a layer of yeast forms on the surface of the wine and protects it from oxidation. Similar to the “flor” layer which is used to make sherry, this gives the wine telltale flavours of nuts, dried fruit and even curry spices. By the time the wine is ready for release, it has reduced to just 62% of its original volume due to evaporation, and that’s why Vin Jaune is traditionally sold in 620 ml bottles! 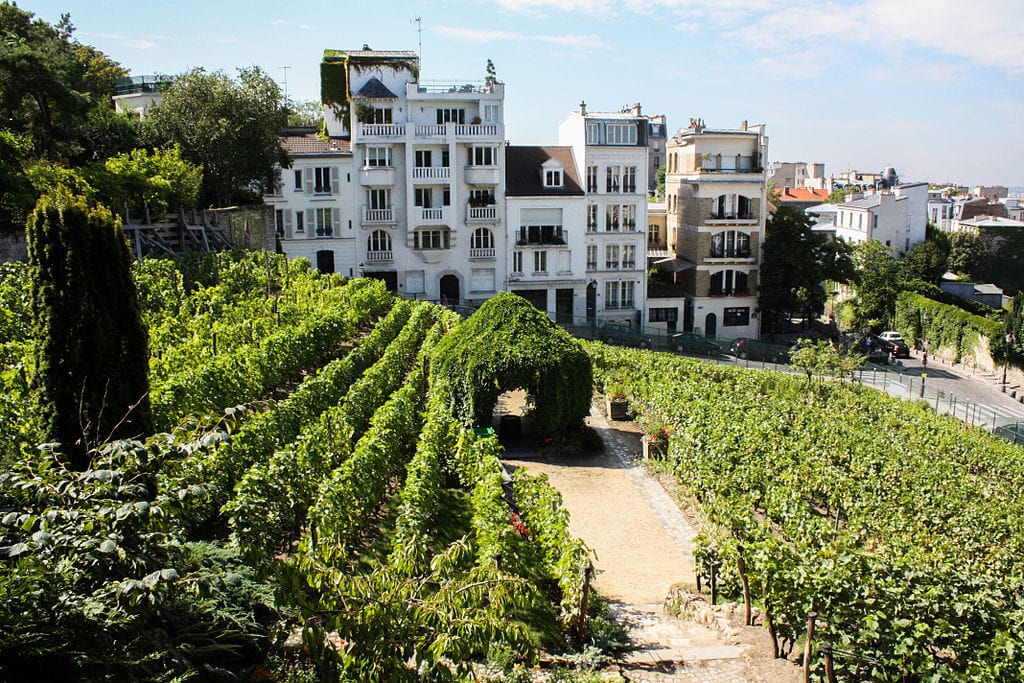 Did you know the suburbs of Paris were once the biggest wine region in France?!

In the 19th century the  Ile-de-France region which surrounds the capital was home to 40,000 hectares of vines where wine was made for Paris’ thirsty inhabitants. The arrival of the phylloxera pest decimated these vines by the mid 1870s and they were never replanted.

Today a new project called Winerie Parisienne is trying to recuperate this long-lost tradition by bringing grapes from all over France to be turned into delicious wine in their urban winery located in the 11th arrondissement of Paris.

Perhaps more surprisingly, right in the heart of Paris there is a secret vineyard called Le Clos Montmartre. The Montmartre neighbourhood used to be a small village full of vineyards, fruit orchards and windmills until it was gobbled up by the city in the 19th century. Located metres away from the famous Sacré-Coeur church, vines were planted on this tiny 0.15 hectare site in 1933 by the City of Paris and today the vineyard produces around 1000 bottles of wine per year. 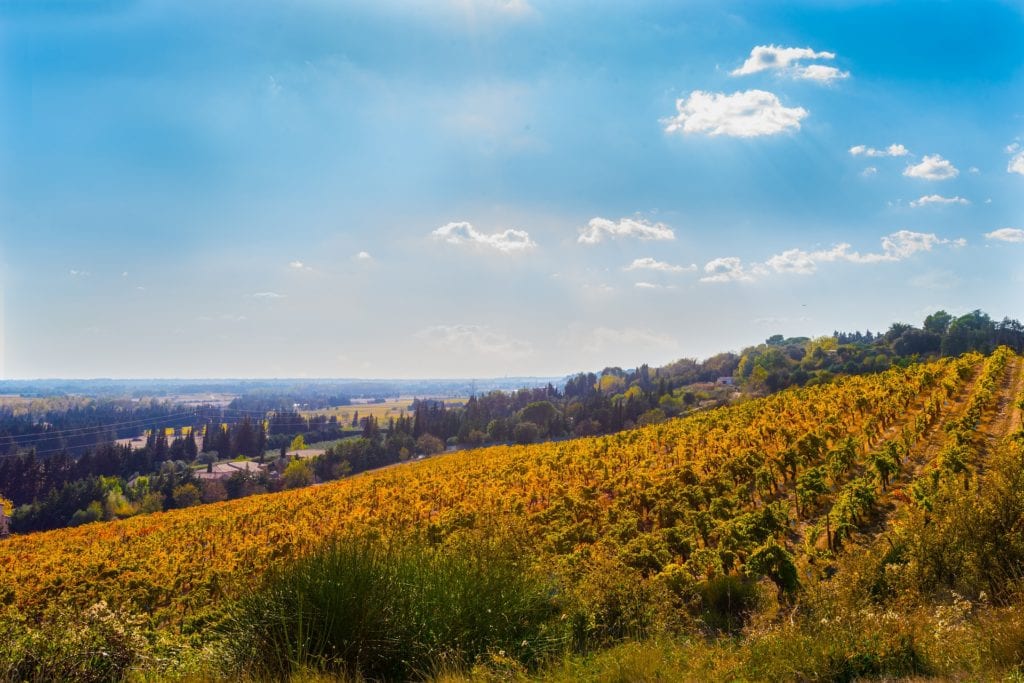 The wines of southernmost region in the legendary Rhone Valley, the Costières de Nîmes, get little publicity outside of their homeland. We reckon they’re one of France’s best kept wine secrets. If you love rich, silky smooth reds with plenty of personality, this one is for you.

55% of the wine produced here are reds and the classic Rhone grapes Grenache, Syrah and Mourvèdre must account for at least 60% of the blend. The region is also known for its lively rosés made with the same grapes which constitute 35% of their total production.

Centred around the charming Roman city of Nîmes, winemaking has ancient roots in this region going back over two millennia. By the medieval period, these wines had become famous in this part of the world and at the papal court in nearby Avignon the popes John XXII, Urban V and Gregory XI stocked their cellars with wines from the Costières. In recognition of the quality of the  Nîmes wines, the region was granted an AOC (Appellation d’Origine Contrôlée or “protected designation of origin”) in 1986.

If you’re a member of our French wine club, keep your eyes peeled for our Chateau Beaubois Confidence red wine from the Costières de Nîmes in our latest shipment! 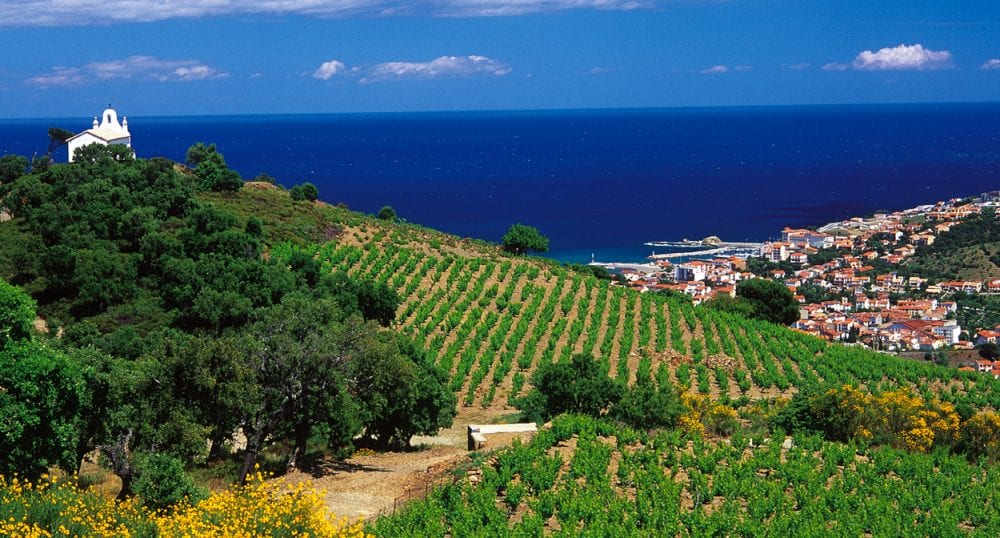 This large region in the South of France is nestled between the Mediterranean Sea and Pyrenees mountains right by the border with Spain. Blessed with the sunniest climate in France, this land offers everything from luscious, fruity red wines and crisp rosés to the vins doux naturels or lightly fortified sweet wines.

Since vineyard prices here tend to be significantly cheaper than more prestigious French wine regions, the region is well known for its maverick young winemakers who are transforming the local wine scene.

As well as introducing modern winemaking techniques, they have focused on recuperating or replanting local grape varieties like Carignan Blanc, Oeillades and Lladoner Pelut that have been forgotten about or abandoned for more popular national varieties.