Snails, Rabbit and Frogs’ Legs: How To Pair Strange French Foods With Wine

If you’ve visited France or eaten in a French restaurant here in the US, you’ve probably noticed some rather unusual French foods on the menu. While considered delicacies over in France, dishes containing snails, pigeon, and even frogs’ legs might seem a bit challenging for American tastebuds. For those who are brave enough to try them, here’s our guide why you should eat them and how to pair wine with all these strange French foods!

Probably the first unusual French food that you think of is the humble snail. First off, it’s important to clarify that snails are always carefully cleaned before being prepared so there’s no dirt left inside. Snails have been eaten for thousands of years since the days of ancient Greece and Rome, and in France they are especially associated with the Burgundy region.

Snails are prepared in a variety of different ways in France, but the most common is Escargots à la Bourguignonne or Burgundy-style snails. These are snails roasted in the oven and served in a garlic butter sauce. Another popular option is Escargots à la Bordelaise or Bordeaux-style snails which are cooked in a meat and white wine broth. Snails are usually served with a special fork and tongs to hold the snail. The idea is to hold the shell with the tongs and extract the snail meat with a twist of the fork.

How to pair snails with wine depends on how the snails have been prepared and served. In Burgundy they’re typically served with white wine from the region which pairs well with the garlicky and buttery sauce. Good options include a crisp Chablis or a creamy white Burgundy which has a good body and buttery character to match the flavor of the sauce.

Escargots à la Bordelaise are served in a richer, meaty sauce so this dish can stand up to a heavier wine. Good options include a red Burgundy since the Pinot Noir offers more intensity and structure without overpowering the dish.

Although in the US we might see fluffy bunny rabbits as cute pets for our kids, over in France rabbit is a common dish. One classic way to prepare rabbit which is often done at home is to coat the meat with mustard and a layer of cream. The rabbit is then cooked in the oven and can be served with potatoes or less-traditional accompaniments like noodles or rice.

“There’s nothing better than stuffing a bit of foie gras in a pigeon or quail and eating it with some wild mushrooms in winter,” according to French chef Iman Bogen from the famous Cordon Bleu cooking school in Paris. Although Stateside the pigeon has a reputation as vermin, in France the locals have been eating these birds for centuries. They are usually braised in the oven and since the meat is darker and stronger flavored than chicken, pigeon can pair well with both white wines and lighter reds like Pinot Noir. 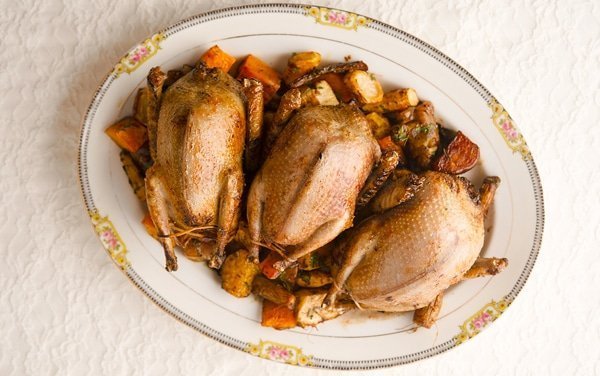 Upping the strange stakes yet again are the legendary “andouillette” sausages which are made from the pig’s intestines and stomach. These special sausages are traditionally served up with strong French mustard and potato purée. Reserved for the bravest of tasters, these sausages are particularly associated with the Champagne and Burgundy regions. Andouilette sausages are so popular in France that there is even an association for them, the A.A.A.A.A (Association Amicale des Amateurs d’Authentiques Andouillettes).

Since these sausages tend to have a strong earthy character, they pair very well with red Beaujolais wines from Crus like Fleurie and Moulin a Vent. These medium bodied wines have plenty of freshness and ripe fruit character which provides a perfect counterpoint to the heavy taste of the sausage. This one’s only for the brave!

The other classic “weird” French food has to be frogs’ legs. This dish is actually a bit controversial in France nowadays as frogs are a protected species. Still, every year the French eat over 4,000 tons of frogs legs which are imported from places like Indonesia, China, and South America where they are also eaten.

In France frogs’ legs are usually seasoned, coated in flour, and then sauteed. Once cooked, they are said to taste something like chicken with a mild flavor and a texture which is similar to chicken wings.

As for pairing them with wine, the Brotherhood of Frog Thigh Tasters which hosts the annual Vittel Frog Fair in eastern France recommends trying a dry and aromatic Riesling from Alsace. The light, crisp character of the wine is a perfect match for the mild flavor of the meat and the freshness helps to cut through the richness of the butter used to saute the frogs’ legs. We’ll leave it up to you whether you want to try this at home! Bon appetit!