What Does Terroir Mean For French Wine?

If you’re a member of our French wine club, you may have heard us talking about the “terroir” and how that affects the taste of a wine. But what does terroir actually mean? Well, terroir is actually a French word and it’s pretty difficult to translate into English, but we’ll do our best! One way of describing terroir is the “sense of place” that it gives to a wine thanks to the interplay of climate, soil conditions, and terrain. In wine regions like Burgundy and Bordeaux where there is considerable variety in terms of landscapes and soils, individual vineyards can have their own unique terroir completely different from the vineyard next door!

To help you understand how important terroir is for French wine lovers (and other wines too!), we’re going to talk about the three main factors which define the terroir or “sense of place” of a vineyard.

Probably the most obvious factor that affects how a particular wine tastes is the climate or the typical annual patterns of rainfall, sunshine and wind. Generally speaking, wines from a cooler climate like Burgundy tend to have a fresher, lighter flavor profile with lower alcohol. They are often described as being more “elegant”. 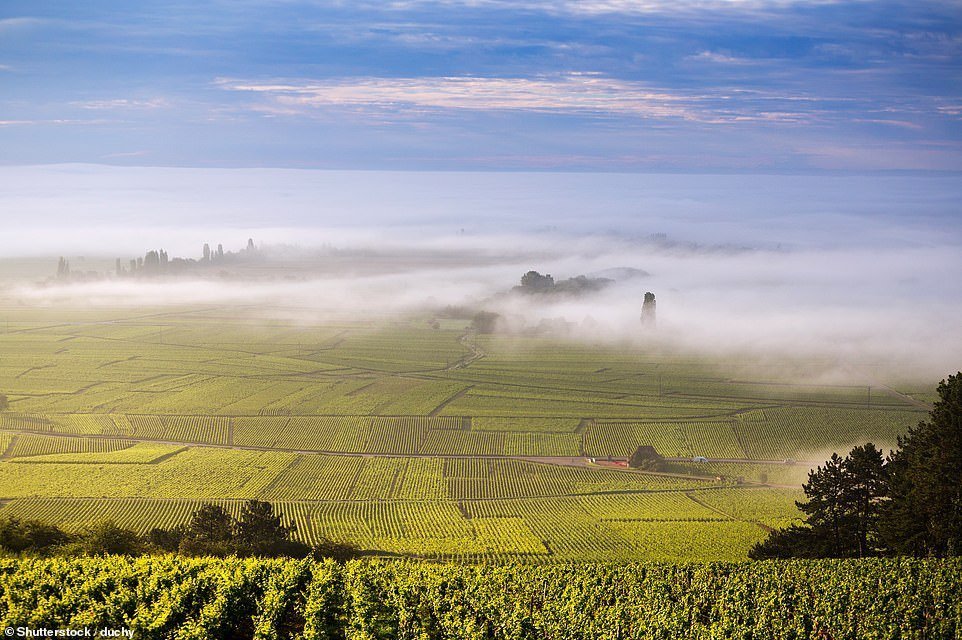 On the other hand, wines from the Rhone Valley in the South of France enjoy a much warmer climate which results in riper grapes. These grapes contain more sugar which gets converted into alcohol by the process of fermentation. The result is a bolder, richer wine which tends to be higher in alcohol, tannins, and ripe fruit flavors and aromas.

The ground the vines grow in also has a critical role to play in how the wine tastes when it’s finally bottled. This is a topic that has been studied at length, but scientists still don’t fully understand exactly how different soil types translate into particular flavor profiles. However, centuries of experimentation have given winemakers a pretty good idea of what to expect when planting vines on certain soils.

Three main types of soils which are useful for growing grape vines on are sandy, clay-based, and limestone soils. Sandy soils are well-draining so they are great in wet regions where too much water could cause disease and rot. Clay-based soils have the opposite effect since they are able to absorb and retain moisture, releasing it to the vines in drier times. The region of Pomerol in Bordeaux is particularly known for its clay-based soils which some say help to give a full, well-rounded and soft texture to the region’s Merlot-based wines.

The king of the soils, though, has to be limestone which is credited with producing some of the world’s finest wines in prestigious regions like Burgundy and Champagne. This type of soil is made from the fossils and skeletons of ancient fish and sea creatures which once lived in the seas which covered these regions. They tend to drain very well but they also have the ability to retain water for times of drought. Burgundy experts say that these chalky white soils help to give a bright freshness and distinctive stony minerality to top wines from the region. This so-called minerality is a bit hard to get your head around, but it’s something like the effect you’d get from licking a stone. (If you plan to try this at home, just make sure to wash the stone first!)

Terrain can have a huge impact on the flavor profile of a wine since it can give a vineyard site a unique microclimate. The setting of a vineyard on a slope or in a valley can change how the grapes develop and ripen. For example, in cooler climates like Burgundy vines are often planted on south and east-facing sites to maximise the grapes’ exposure to the sun during the summer ripening period when the weather can be very changeable.

The same is true for topographical features like lakes or rivers which can create a unique microclimate at particular vineyard sites. In Bordeaux the presence of the Gironde estuary with its tributaries, the Garonne and the Dordogne rivers, and the nearby Atlantic Ocean create a maritime climate with the bodies of water creating plenty of rainfall and helping to moderate temperatures during the summer. This can help to preserve freshness in the grapes and ensure that the wines from this region have a good balance between rich, powerful flavors and harmonising acidity.

A final and more controversial aspect of terroir which some wine experts believe should be included is the human factor. Some of the world’s older wine regions have a particular approach to winemaking which can give their wines a unique character. We believe these unique local winemaking traditions should be included as part of terroir since they do give a real “sense of place”.

A good example is the light touch approach to winemaking adopted in much of Burgundy where winemakers prioritise the character of their top quality fruit over their work in the winery. Instead of ageing their wines for months in new oak barrels, many Burgundian winemakers prefer to use stainless steel tanks instead of oak or work with used oak barrels to avoid overwhelming the wine with oaky, vanilla bomb flavors. Interestingly, winemakers all over the world have started adopting this approach, and so it is becoming part of the “terroir” in other regions as well!

The best way to appreciate the terroir in French wine is to get tasting! Why not get together a bunch of friends and a selection of bottles from different regions so you can compare and see which ones you like best. Keen to know more? Why not check out our French wine club or try one of our one-off deliveries of three or six bottles of delicious artisanal French wines!